How to avoid getting scammed in Rome

by The Curious Sparrow

Rome is one of the most popular holiday destinations in the world, receiving between seven and ten million tourists a year! It’s easy to see why: it is a magnificent city, rich in history, culture, and charm. With thousands of people visiting the Eternal City every day, it is unsurprising that tourist traps and scams have popped up left right and centre. In this post, I would like to advise you how to avoid the most common ones. I should preface this post by saying that Rome is not a dangerous city. Even if you do experience crime, it is much more likely to be petty crime rather than violent. I lived there for almost two years and never had any moments when I felt unsafe.

Good common sense is necessary whenever travelling. For example:

The citizens of Rome are kind-hearted, gregarious people who are generally welcoming and friendly to tourists. Unfortunately there are some bad apples who will try to extort (or steal) money from you. Follow my top tips and don’t give them the satisfaction!

Let’s start with the worst offenders. Being robbed can seriously spoil your trip and dealing with insurance claims and police reports can be stressful, time-consuming processes. In Rome, many pickpockets work in groups using the distraction technique. Locals can recognise the gaggle of teenage, female pickpocketers by sight now! They mostly operate around Termini (the central train station which connects the A and B metro lines) along with stops along the A line at the major tourist attractions. The pickpocketing gangs distract you by pushing into you during the surge of people entering and exiting at different stops. While you focus on regaining your balance or finding something to hold onto, one of them slips their hand into your pockets. They immediately get off the train and blend into the crowd. However, solo pickpocketers also operate on the train (and buses and trams) so you should be aware of your belongings and surroundings whenever using public transport.

To protect against pickpocketing:

Here are some of the typical street distractions that you might encounter in Rome. The purpose is to convince you to part with your hard-earned cash… or distract & snatch.

It is a universal truth that when in Rome, street vendors will try persistently to sell you things. Bottles of ice cold water, selfie sticks, scarves, trinkets and souvenirs to name a few. Generally you can dismiss them with a “No, grazie” or just ignore them. However, some vendors can be really pushy and determined. You will often see vendors trying to sell red roses, usually to couples strolling hand in hand. If you are offered one, don’t accept it unless you are willing to pay for it. Even holding it for a brief moment will result in the vendor badgering you for payment (usually a few euros).

An alternative to the red roses is ‘the friendship bracelet’ or ‘friendship ring’ scam. The vendor might offer it as a gift, but once accepted, they immediately put it onto your hand or wrist. Once you’ve worn it, even for a split second, they will try to guilt-trip you into giving them money. I made the rookie mistake of engaging a street vendor in conversation and before I knew it, I had a threaded bracelet around my wrist. After much pleading from him, and rigid refusal from me, he angrily cut the bracelet off with scissors and stormed away. He may have put a hex on me too!

As a general rule, if a margherita pizza costs more than €7-8 euros, it is probably a tourist trap. Keep that in mind, along with these other words of wisdom to ensure that you don’t get ripped off whilst dining in Rome.

There are some additional charges which might seem like scams, but actually aren’t. A cover charge will probably be added to your restaurant bill; pane e coperto (which translates as ‘bread and tableware’). This is normal. If you don’t want the bread, wave it away when it is brought over, or it will be added automatically. You may be surprised by water bottles being added to your bill when you thought they were complimentary. In Rome, it’s uncommon to ask for or receive tap water so you should expect to pay for water.

A little note about café culture – it is customary to quickly drink your coffee standing at the bar, rather than sip it slowly and leisurely at a table. If you want to sit down, your order will be more expensive. Cafés generally have two prices for each item – the al banco standing price and the al tavolo table price. Sometimes the difference can be quite ridiculous – like coffees costing two or three times more if consumed al tavolo. This is especially common in cafés surrounding the piazzas or near the main tourist attractions. Always check the menu before you order and don’t feel pressurised into sitting down if you just want a quick caffeine boost.

Nothing screams ‘tourist’ like someone wandering around a train station with a confused look on their face, or spending five minutes pressing buttons on a ticket machine. I have witnessed ‘helpers’ prey on tourists many times. These people don’t work at the train station, they are just opportunists. Be very aware that if someone offers to show you how to buy your ticket, they might not be doing it out of the goodness of their heart. Single journey tickets cost €1.50 in Rome, and it is very common for a friendly stranger to try to persuade you to hand over some of your change. I have seen tourists paying willing, grateful for the assistance, but I have also seen people hand over the cash, looking confused and uncertain, wondering if this is part of the Italian tipping culture. It’s not.

Hopefully these ‘helpers’ will just badger you for some small coins but it could be worse. Someone could steal your wallet or demand a larger tip after helping to carry your bags. Keep hold of your belongings, use a polite but firm ‘No, grazie!’ and ask official train station staff for assistance.

Taxi drivers are notorious for overcharging unsuspecting tourists. I’ve heard of visitors paying €250 to travel from Fiumicino airport to the city centre. A staggering rip-off considering all official city taxis have fixed fares within the city limits. A single taxi journey from Fiumicino airport costs €48 and €30 from Ciampino airport. The city centre is classified as anywhere within the Aurelian walls. This map shows (in orange) which areas are included in this fixed fare scheme.

Use the official white taxis, rather than unmarked taxis whose drivers can charge whatever they like. If you do use a private taxi firm, ask how much it will roughly cost before getting in. You shouldn’t be charged extra per bag or passenger.

Make sure you have small change as well, so the driver cannot claim he doesn’t have any small notes and coins, and pockets your change.

Find one at a taxi rank or call a taxi firm. If you decide to book over the phone, be aware that the meter starts running once the booking is confirmed, not once you get inside the vehicle. At the time of writing, Uber Black is available in Rome and Scooterino is a popular alternative to Uber (the same premise except you whizz around the city on the back of a motorbike)

Other scams and tourist traps

Count your change before leaving the shop/till area. This is something I always had to check, especially when shopping in food and street markets. Don’t be embarrassed about slowly & carefully checking that you have received the right amount and question any discrepancies. Once they’ve been caught out, the vendors usually hand over the correct change with a half-hearted (or non-existent) apology.

There are hundreds of tour providers in Rome for the major sites like the Colosseum, Roman Forum and the Vatican. Do your research before arriving and use reputable tour companies with official names/ logos / T-shirt. If in doubt, ask for recommendations from hotel staff.

Near the Colosseum, you will see men dressed in Roman gladiator costumes. They are routinely banned from loitering outside, but often return to persuade tourists to pose for photos. Once the photo has been taken, they will hound you for cash.

Walking around the city, you will see fake luxury products, like watches and handbags, being sold at knock-off prices. These are often sold on the bridges crossing the Tiber river and outside metro stations. It is a crime to be in possession of fake goods in Rome, and if caught by the police, you may be fined several thousand euros.

You may see tourists travelling around Rome in horse-drawn carts. I personally don’t agree with these as the horses are often overworked, underfed and dehydrated from dragging people around under the hot sun. If you want to ride in one of these carts, get a quote before climbing in.

I hope these tips have been helpful to you! Do you know of any other well-known scams that we should be aware of?

Driving in Italy: all you need to know about using your driving licence and when it is time to change it for Italian one

R-home Relocation & Services explains in this post the most important things you need to know as an expat when using your driving licence in Italy. EU DRIVING LICENCES: The holders of a driving licence issued by a state of the EU are allowed to drive in Italy using their valid national driving licence, without […] 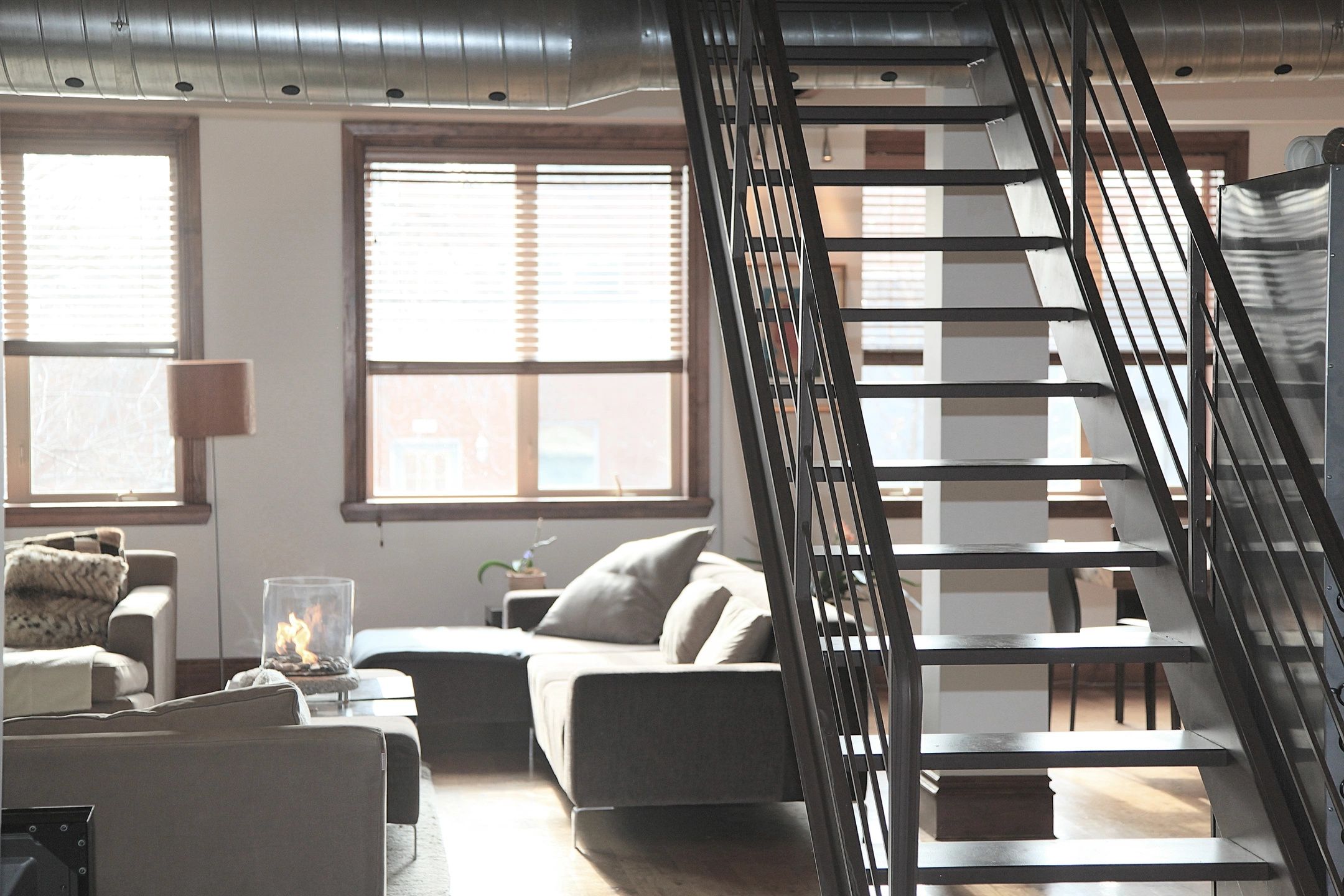 Renting in Italy: What you should know before renting?

The Italian law widely recognizes three kinds of home rental contracts: 1) Transitory contract – for stays of up to 18 months. Landlord and tenant can freely agree upon the price of the rent and the contract must state the reasons why the tenant needs the apartment for less than 18 months. 2) 4+4 contract This is a 4-year contract […]

Visas and Permits to stay: what do you have to know?

Today Legal Assistance explains what types of visas and permits are there. Visas are issued by the Italian Embassy or Consular Sections of a foreign national’s country ofresidence. Permits to stay are issued in Italy by the Questura (Police Headquarters) having jurisdiction in theprovince where a foreign national is staying. Foreign nationals are required […] 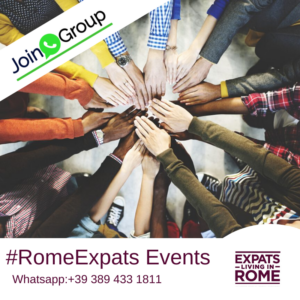 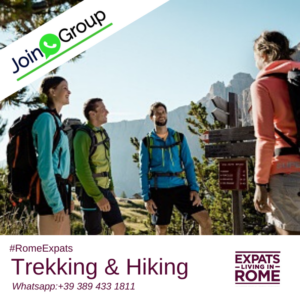