The chapter of the work includes layoffs, parental leave and babysitting vouchers of 600 euros. Gualtieri guarantees coverage “of all self-employed workers, seasonal workers and other workers with a check for € 600” for March: three billion for self-employed workers. 100 euro bonus for employees who do not work smart. A second decree “with EU funds” coming up in April.

After a meeting of just over two hours, and in the midst of yet another day of crisis for the financial markets, the Ministerial Council approved the “Cura Italia” decree which contains the economic measures to respond to the health emergency of the coronavirus. The Prime Minister, Giuseppe Conte, spoke in a conference first of all expressing closeness to the Italians “who are making enormous sacrifices for the common good”.

“The support and measures are a concrete demonstration of the presence of the state” in the coronavirus emergency, Conte claimed: “We can speak of an ‘Italian model’ not only in terms of health, but also as an economic strategy for responding to the crisis. billion of fresh money and we activate flows of 350 billion: it is a powerful economic maneuver, “said the Prime Minister. As already explained by the Undersecretary for Economy Misiani, Conte anticipated that in the future there will be new measures (“a plan of huge investments, simplification, reduction of taxes”) to revive the country: a decree will arrive in April, which – in the wish of the government – it should also count on the resources that Europe is preparing to allocate.

To speak, taking turns at the microphone with Conte due to “1 meter distance”, it was then the Minister of Economy, Roberto Gualtieri, who clarified how the government immediately used all the additional resources made available to combat COVID -19.

The first area of ​​intervention: 3.5 billion for the health emergency

According to the indications given at the press conference by the ministers, the main measures that appeared on the eve were confirmed. Gualtieri has indicated five axes of intervention and has put in the first place the “very significant additional funding for the national health system and civil protection, which is worth almost 3.5 billion”.

In the note the government better details the health interventions, starting with the hiring of 20 thousand people with related coverage. The National Emergency Fund rises by 1.65 billion, 150 million are allocated for overtime for healthcare workers and another 340 million for the increase in ICU beds. There are 50 million for subsidized loans or contributions to companies that produce masks and related products (managed by Invitalia) and – among other things – the possibility of requisitioning movable property or hotels to face the emergency with a budget of 150 million.

Work and cash exemption even for companies with just one employee

The second chapter, “which is worth more than 10 billion”, concerns support for employment, the defense of work and income “so that nobody loses their job because of the coronavirus”. The Minister of Labor, Nunzia Catalfo, has detailed that 1.3 billion of resources are foreseen for the wage integration fund and 3.3 billion for the redundancy fund which will also cover companies “with a single employee”.

Gualtieri confirmed coverage “of all self-employed, seasonal and other workers with a check of 600 euros for the month of March”. This is an indemnity “for an audience of almost 5 million people”, the note from Palazzo Chigi detailed. For the self-employed and freelancers, added Catalfo, “this first decree allocates about 3 billion to protect the period of inactivity”.

Also in the chapter of the work, the extension of parental leave to 15 days (with 50% remuneration) and a babysitter voucher of 600 euros (1.6 billion allocated with an additional “special” bonus for healthcare workers and Law enforcement: in this case it is worth a thousand euros) for those who need to look after children up to 12 years. Leave (alternative between the two parents) is granted if there are no other income support tools (between the two parents). For private sector employees and self-employed workers, the babysitter bonus is requested from INPS and is paid through the “family booklet”, while for public workers, it will be indicated how to use the leave or issue the voucher. For quarantined workers, the calculation of the period of abstention from work as illness is confirmed.

Liquidity to businesses and families, mortgages

The third chapter cited by Gualtieri concerns the credit system and the facilitation of the supply of liquidity: the expected suspension of mortgage and loan installments arrives, with public guarantees (chapter of 5 billion, according to advances). The Finance owner indicated the state intervention “both with the strengthening of the Guarantee Fund, and with the mechanism of the Gasparrini Fund for the suspension of the installments of loans for self-employed workers, or those who have lost their jobs, and with a guarantee public that can allow the banking system to suspend loan installments or extend loans. ”

In the tax area, the postponement of tax obligations and the suspension of withholding payments, social security contributions and premiums for compulsory insurance are confirmed: the Minister of Economy spoke of a deferral as of May 31 “for companies that they invoice up to 2 million “and even beyond this limit for the categories directly affected by the crisis (tourism, transport, catering, cinemas and theaters, sports, education, fairs and events). Also the VAT payment of March is deferred.

A bonus of 100 euros tax-free for employees – from March – with an annual income of less than 40 thousand euros, who perform their services in the workplace (not in smart working). Then comes a tax credit at 60% of the March rent for shops and the extended deductibility for donations made by companies for emergencies, while those of individuals enjoy deductibility of up to 30 thousand euros.

Finally, in the fifth chapter Gualtieri anticipates measures for the categories directly affected by the crisis: among the economic sectors mentioned, freight transport. Still at the level of anticipatory documents, the CDM has circulated a provision which provides for a tax credit equal to 60% of the rent for the month of March for shops. Among other measures, 85 million to schools for technological equipment to support distance learning.

Even Alitalia is included. A second decree is coming in April “with EU funds”

From the facilitations on mortgages to the redundancy fund, there were many interventions that had already been anticipated on the days of waiting for the Council of Ministers. Even the new rescue of Alitalia (value: 600 million), included in the text as confirmed at the press conference, would have been the subject – according to the reconstructions filtered to the agencies – of strong confrontation. This provision, moreover, generates criticism from the local public transport association.

The decree gives substance to the allocation of 25 billion that the government had decided in recent days, obtaining the go-ahead from Parliament to widen the deficit expected for 2020. Initially it was assumed to use those resources twice, then – as explained by Gualtieri – the government has opted to put everything on the plate immediately, with the spread of the crisis and its economic repercussions, of which it is still impossible to have a complete picture. From the report after the CDM, the will also emerged to write a second measure, in April, with new measures: “We are counting on European work and with the reprogramming of EU funds to support the April decree we are already working on – the Gualtieri’s announcement.

Read the original article in Italian. 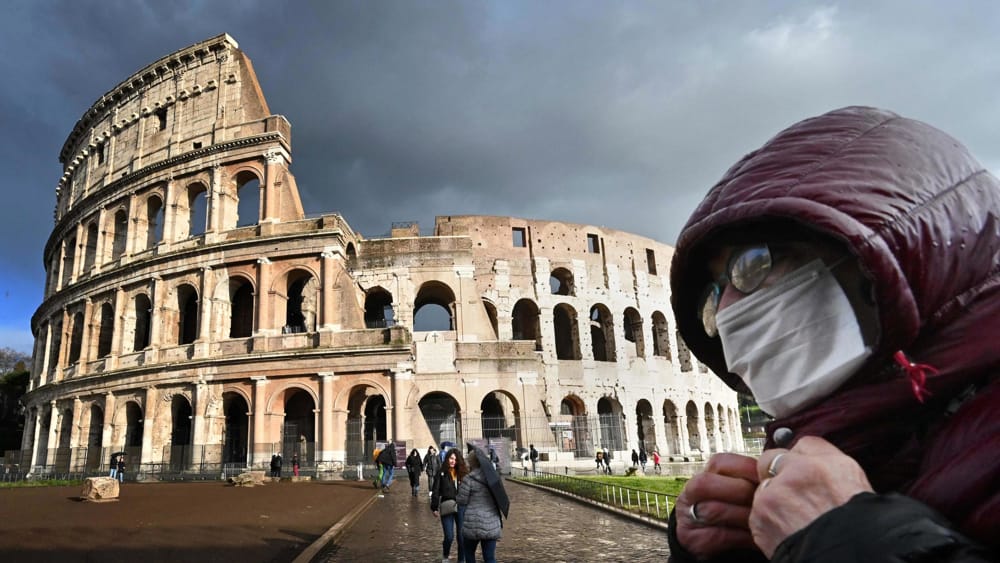 Warning Coronavirus is circulating in Rome!

The director of the infectious diseases (ISS) is speaks out. Yesterday Riccardi WHO: “Lazio and Rome particularly is at risk” “Coronavirus is starting to circulate in Rome”, says Gianni Rezza, director of the Department of Infectious Diseases of the Higher Institute of Health (ISS), who spoke on the new coronavirus emergency on  ‘Radio on Rai […]

A legal alert for expats living in Italy!

Out-of-the-way gems can still be found in the well-trod city For millennia, Rome’s streets and piazzas have been walked and then some—the focal point of the ancient empire’s transit network, there’s a reason we have the saying, “all roads lead to Rome.” As the third most visited city in the EU (after Paris and London), […] 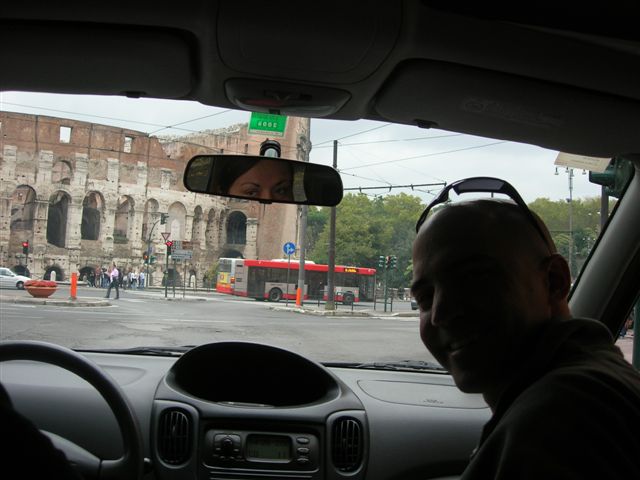 Rules to be followed in Phase 2 by car, motorbike and bicycle

How many passengers can by in a car, motorbike and bicycle? It is necessary to distinguish between those that live together and those that do not. Here are the rules  starting June 3 on safety distances and masks. In Phase 2, two or more people can travel by car, provided that the distance of at […] 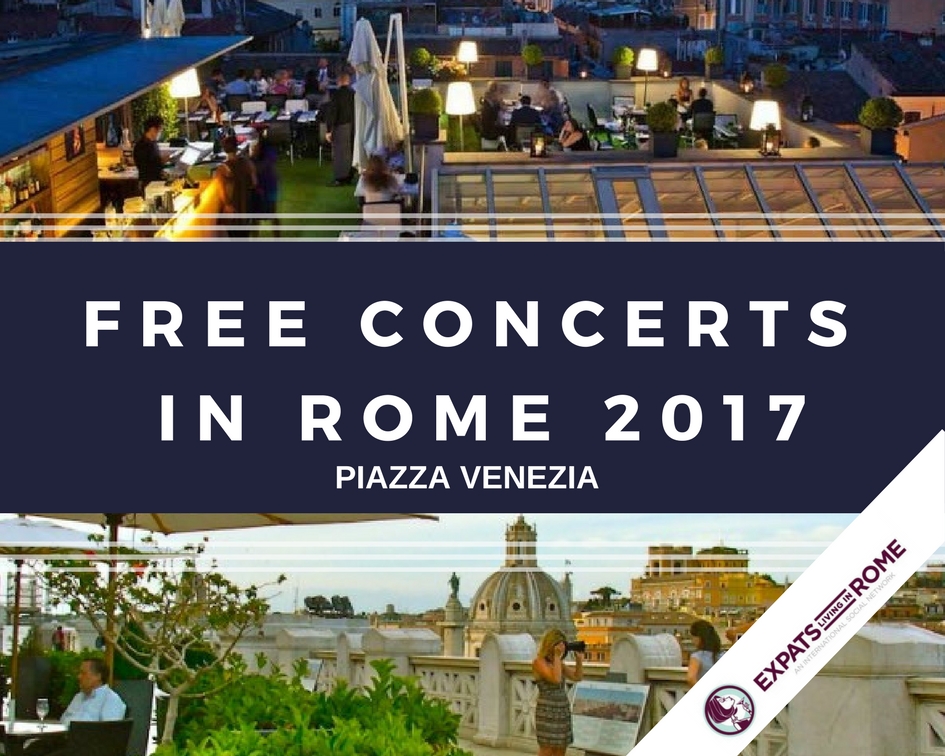 As much as we compliment and complain about the city of Rome and how unorganized things are they are able to offer free things to do and see! This we can appreciate.   Enjoy these FREE concerts this summer Music returns under the stars of Rome at the Vittoriano Terrace. Free admission! Rosario Giuliani, Luciano […]