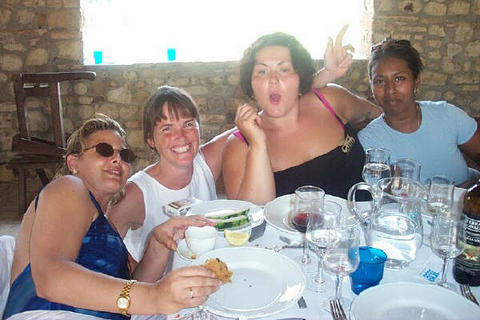 I like living in Rome but I don’t think I would like it in any other part of Italy!

I am Patrizia from upstate New York now living in Rome. My parents were both from Caserta, Italy and immigrated to the US when I was only an infant.  I was an Expat since I was a year old.

I guess it was destiny!! My mother always wanted to return to her home country and wasn’t able to do that due to a quick illness and sudden death. Our move back was canceled and we stayed in the US. I always remembered my mom talking about Italy as if it were paradise. I guess in a strange way I am fulfilling her dreams. Doing that I have learnt more about my mother and her culture.

Likes/dislikes about Italy and the Italians?

I like living in Rome but I don’t think I would like it in any other part of Italy. I have traveled and lived in other places but something draws me back here. The beauty of the city, and the nightlife, healthy lifestyle.

Has your life style changed since you moved to Rome? If yes, how?

I have been here so long that I am not sure what my old life style was 16 yrs ago 😉 I eat better and more picky about what I have.  I have the convenience of having a car in the driveway or find easy parking.  I adapted to things in Rome now.  I am less materialistic but picked up a few superficial behaviours as well.

What is the the first thing you do when you go back to your home country?

Good question – I can say it is MultiCultural among those that have lived somewhere besides Italy all their lives. Rome has a meetup for foreigners and locals to meet everyday of the week. On some days there are 2 meetups for a Cultural or Language Exchange. So yes Rome is very multicultural.

Do you feel yourself integrated?

I have integrated with life here. I don’t freak out on small things. I don’t have a cappuccino after 11am anymore 😉 I dress not to stand out and put my flip flops in the trash. I sit in the post office for hours and don’t complain about it.

Could you tell us a few words about your group Rome expats?

I moved here in 2000 and in 2001 I started on a forum Expats living in Italy and there weren’t many English Speaking Expats that had access to internet so it was harder than to connect, but it was a small forum and we helped one another with information. In 2007 I started using other social media and suddenly I had a website and over 2 thousand members waiting for a meetup. We used to meet up 2 times a week for years but now it’s just once a week. With the emails coming in and managing such a large group, we have less meetups and more online help. 16 years later we have over 9 thousand members! Have a look at our video here.

Have you ever experienced any cases of discrimination/racism in  Italy?

Yes… a few times in public with unpleasant remarks. I just ignore it.

Advice to a new expat in Rome? 😉

I don’t think I would have made here without a good network. I have a big network of Italian and Expat friends. It’s a referral system here in Italy. I see lots of Expats that will come to meet up and make friends with others that are living here a short time. I’d say try to make connections with those that have lived here about a year or even more. 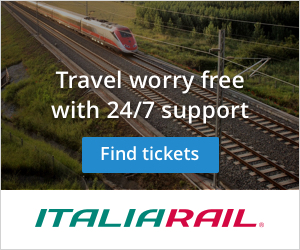